The second configuration of the eCollect – an 18-tonne 4x2 all-electric RCV – has been launched. It has been developed to meet urgent demand for a zero-emissions RCV to operate in urban areas with restricted access. These rounds are often in locations suffering from poor air quality. 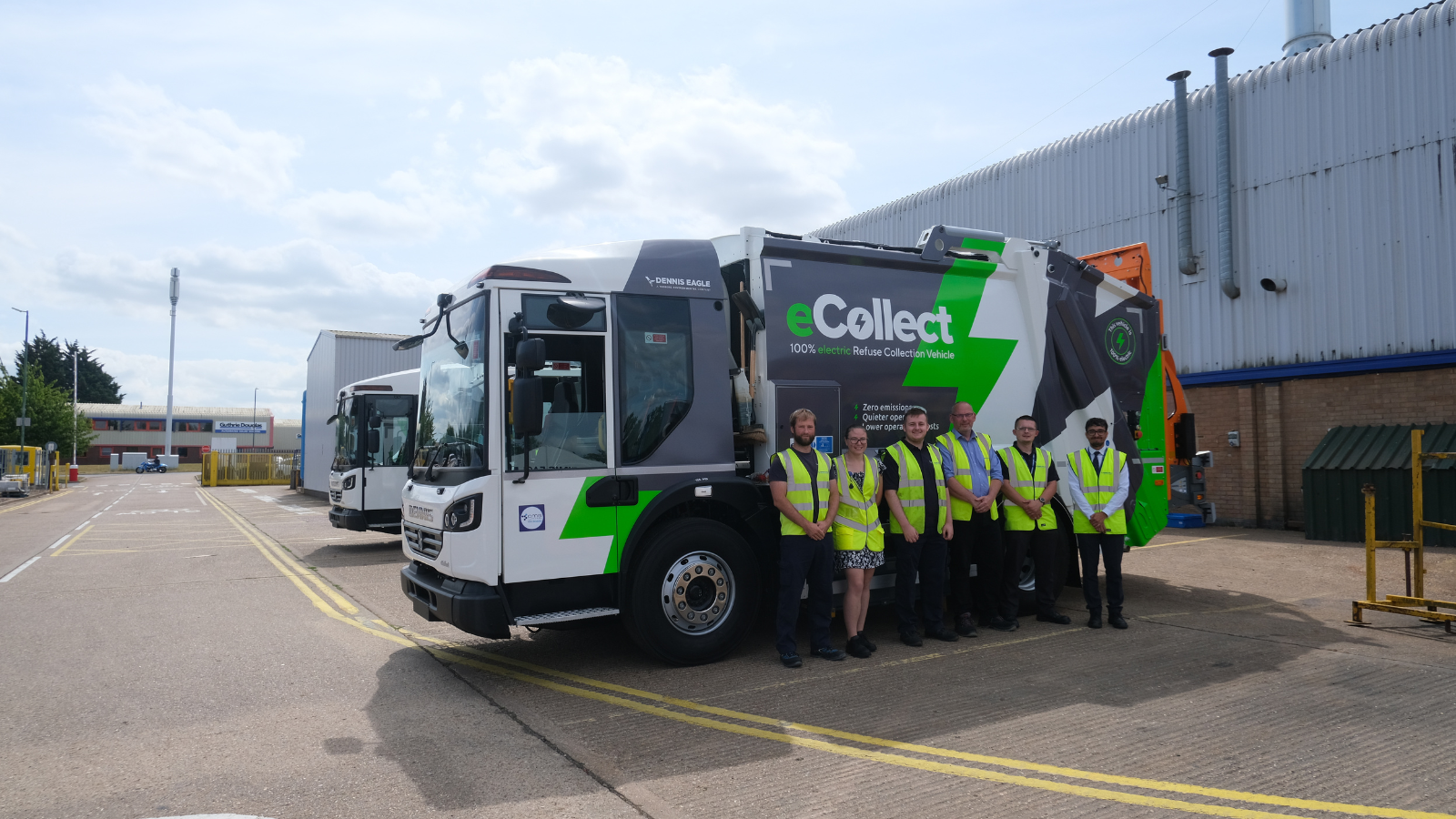 The 4x2 is a smaller version of the multi-award-winning original 6x2 eCollect. Like its big brother, it has a Narrow Track chassis to provide outstanding manoeuvrability but its smaller footprint allows it access to the tightest locations. Yet its 10m3 body is still capable of carrying five tonnes, the same as our diesel 4x2.

Being smaller, the vehicle needs less power and is fitted with three battery packs instead of five. These are carefully balanced to optimise its load, with one centre pack and one pack on each side.

Together, they provide it with 180kWh of power, comfortably enough for a full day’s work on a typical double round. It still has the same 200kW electric drive as the original eCollect.

The cab is also the same, with plenty of room for the driver and up to three crew. And bin lift options are from our market-leading Terberg ‘Omni’ automatic split-lift range.

But while the charging system still uses a 50kW three-phase CCS2 charger, with only three battery packs, it is quicker to charge. It typically takes just 3.5 hours to reach 100% after starting with around 15% residual charge.

Design Engineer Oliver Cole led the development project for the Chassis Design team. They began the project in July 2020 and two development vehicles were built in June 2021.

“The key was to change as little as possible – it’s essentially the same vehicle as the original 6x2 but with a smaller footprint,” said Oliver.

“The main thing that changed was we had fewer batteries packaged on a shorter wheelbase.

“But like the original eCollect, the 4x2 had to be put through a whole suite of tests and homologation, which always takes time. It involves several different teams – the electrical team, the test team, production engineering and others.”

The first 4x2 eCollect was trialled in Kensington and Chelsea, where it successfully worked on a variety of rounds earlier this spring. It routinely returned to the depot after a double shift with 30-35% of its charge remaining.

The nature of the trial rounds meant it only travelled around 35 miles a day but that will be typical of the urban rounds the 4x2 eCollect will be used on and there was plenty of charge left to do more if needed.

Alongside air pollution, carbon savings are the key benefit of introducing eRCVs. Switching to the eCollect 4x2 will typically save between 20 and 30 tonnes of carbon emissions each year – depending on how operators use it – which not only helps fight climate change but also reduces operational costs.

The 4x2 model was chosen because many of the places in which a vehicle of this size will operate have air quality issues. These remain a priority for many customers and consequently, the first orders for the new eRCV have already been received.

“It was a significant project for customers who have urgent issues regarding air quality and climate change. But it has clearly been a success,” added Oliver.

“The first 4x2 went into production this summer and of course, we’ve already moved on to developing the next iteration of the eCollect.”