Pink to make you think

You could hardly miss it. It's bright pink, around 26-tonnes and is travelling the streets of South Kesteven, in Lincolnshire, with a message reminding people of the importance of breast cancer awareness.

It is, of course, a Dennis Eagle bin lorry purchased by South Kesteven District Council and given a vivid livery in the colours of the Breast Cancer Now charity’s ‘Wear It Pink’ campaign. The messages on the side of the RCV encourage women to regularly check for early signs of breast cancer. 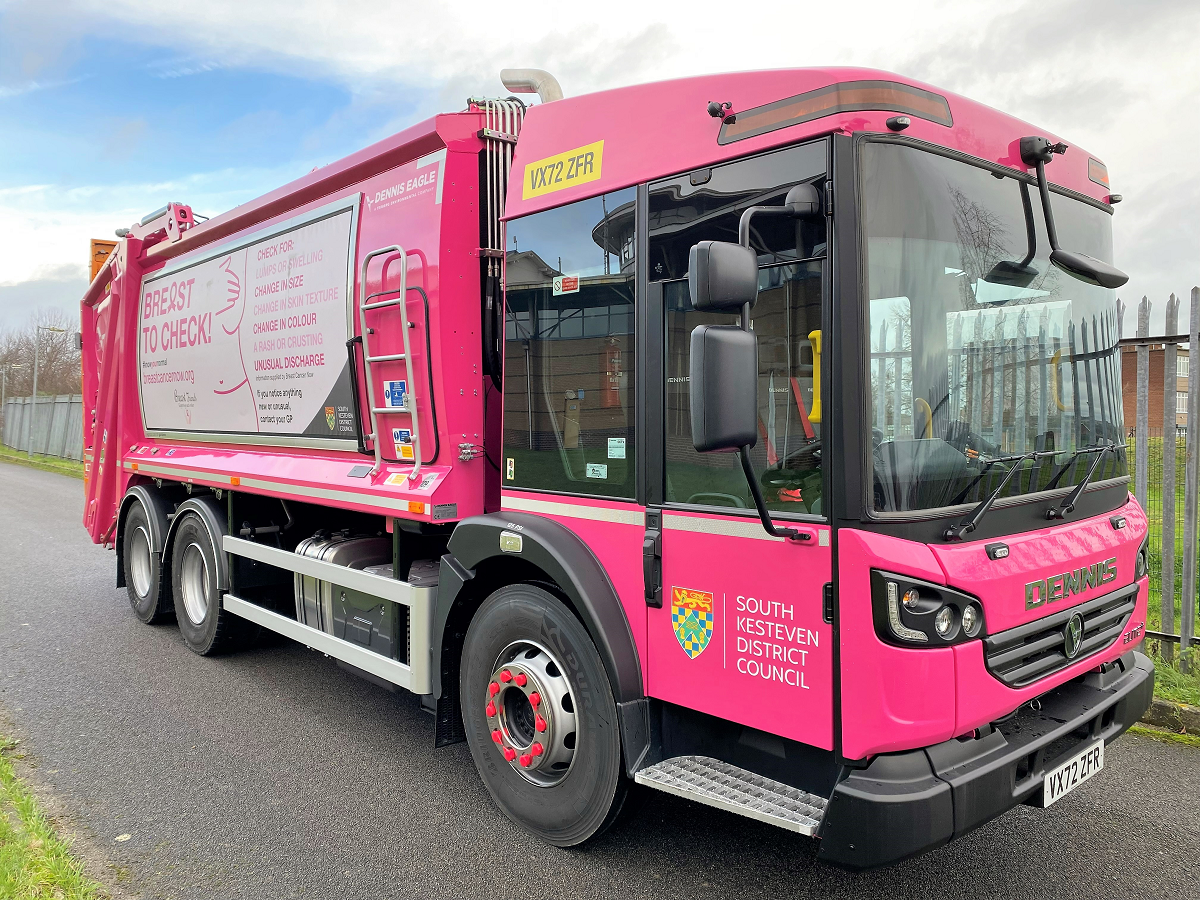 The group, open to men and women, now has 120 members from across the district and Rachel herself has received support from other survivors across the UK including TV presenter Julia Bradbury.

The vehicle went into operation in October and although the official launch had to be put back to January because of council elections, the message remains just as important.

Rachael said: “I am absolutely over the moon to think that we will have this truck spreading such a vital message day in and day out and I am so grateful to the council. It’s amazing and it’s going to make a real difference.

“I know first-hand what it’s like to suffer this dreadful disease, and I have lost friends and family to it. The more we can do to raise awareness of what to look for, the better our chances of helping others.”

Dennis Eagle’s Regional Sales Manager Matt Horwell was on-hand to support the launch. He said: “We were delighted to help South Kesteven District Council get behind this campaign. 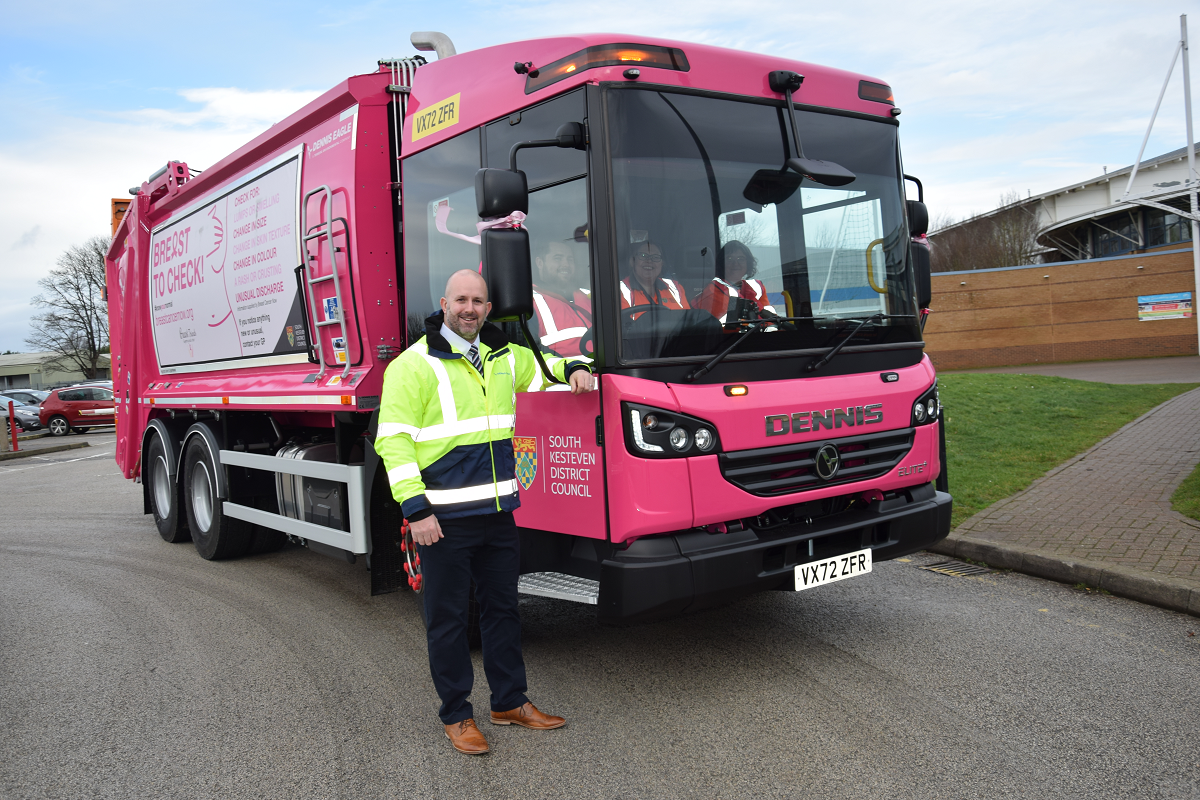 “The vehicle definitely stands out and it will certainly help draw attention to this very important cause. We wish Rachael and the rest of her group all the very best in their efforts.”

And while spreading its life-saving message, the vehicle – a 6x4 Elite+ Wide chassis with a 21m3 Olympus body and a Terberg OmniDEL Xtra bin lift – has been quietly going about its primary role of collecting domestic waste throughout the district.