After taking delivery of the first two eCollects in Scotland earlier this year, Dundee City Council has ordered four more of the eRCVs. 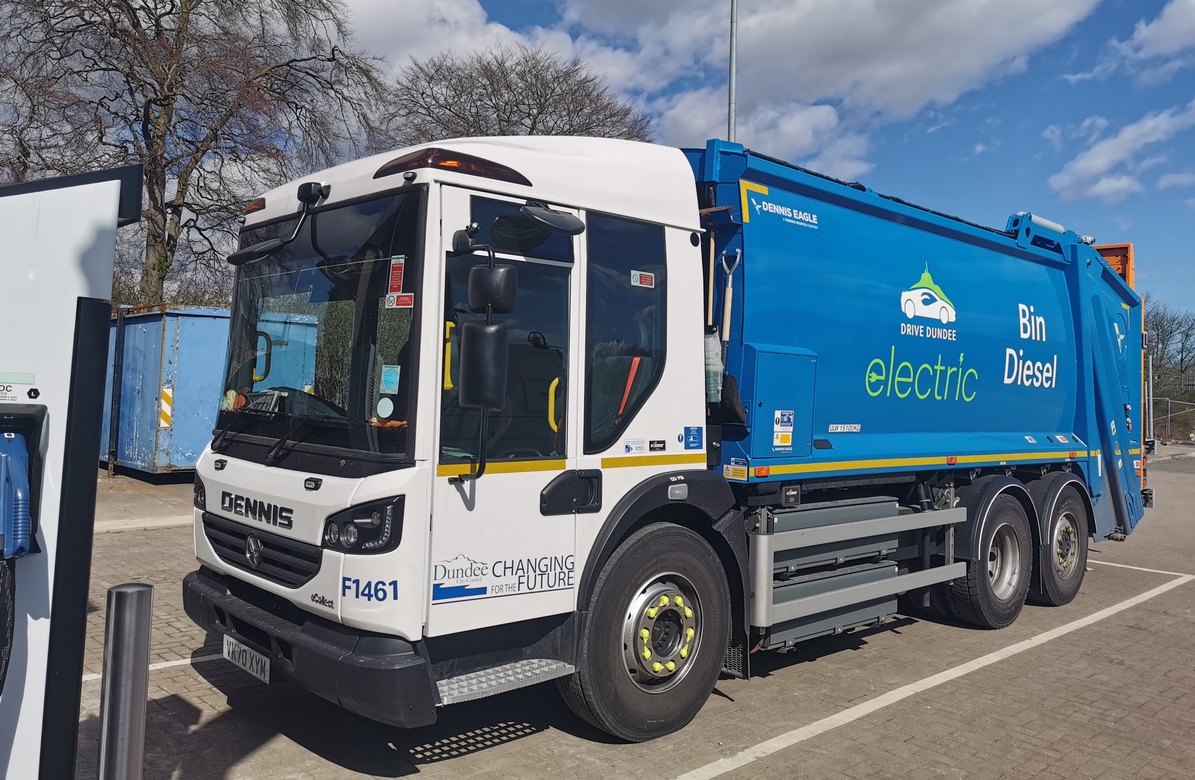 The two vehicles already operating have been used for collecting waste throughout the city, including the city centre which the council plans to make a Low Emissions Zone.

With match-funding provided by the Scottish Government, they joined an already extensive municipal fleet of more than 100 electric vehicles which the city council had been building for several years.

Dundee was one of the first in the UK to launch a strategy to reduce air pollution by decommissioning its carbon-emitting vehicles. Now it is bidding to replace its entire fleet of 36 RCVs over the next nine years.

Dundee’s Corporate Fleet Manager Fraser Crichton explained it was the location of the city which led them to develop a clean air strategy.

“Dundee sits in a bowl of low ground, with hills and mountains on three sides,” he said.

“We have a population of 150,000 in a space just five miles by eight miles. A lot of homes are in tenement buildings. It’s a recipe for constant air pollution and in the past, we had some of the most polluted streets in Scotland.

“If we put a dye in the exhaust fumes, the world would switch to electric vehicles overnight. So changing to electric was an obvious path for us to follow – range was never an issue for Dundee because we are so compact. We’re only having to charge our eCollects every two or three days.

“But there’s no point changing your vehicles without the infrastructure in place and there’s no point going electric if you still generate that electricity with carbon-based fuels. So we got that sorted out.”

The council has introduced charging hubs with solar power and battery storage at multi-modal transport hubs. And beyond the council’s own needs, charging infrastructure is being dedveloped for taxis and private vehicles in residential areas.

“We already had an electric sweeper in place but big RCVs were even more important. Not only are they driving down every street in the city but each of our 36 RCVs accounted for about one per cent of our diesel usage.

“So we’re working in a partnership with Dennis Eagle to introduce four or five eRCVs a year as we replace our old fleet. We’ll also be lending one out to a neighbouring authority so they can try it out. It is important to our goal of tackling air pollution here as their vehicles tip at our waste plant.”

The results of the electric revolution in Dundee are already tangible in the city’s air quality says Fraser but we will have to wait for results from monitoring to confirm this.

“I can already feel it improving – especially in the city centre, where everything is electric from grass-cutters and strimmers to an eCollect operating there,” he said.

“Unfortunately, because of lockdowns over the last year, traffic has been right down anyway, so we can’t yet attribute any results to our actions. But it will come.” 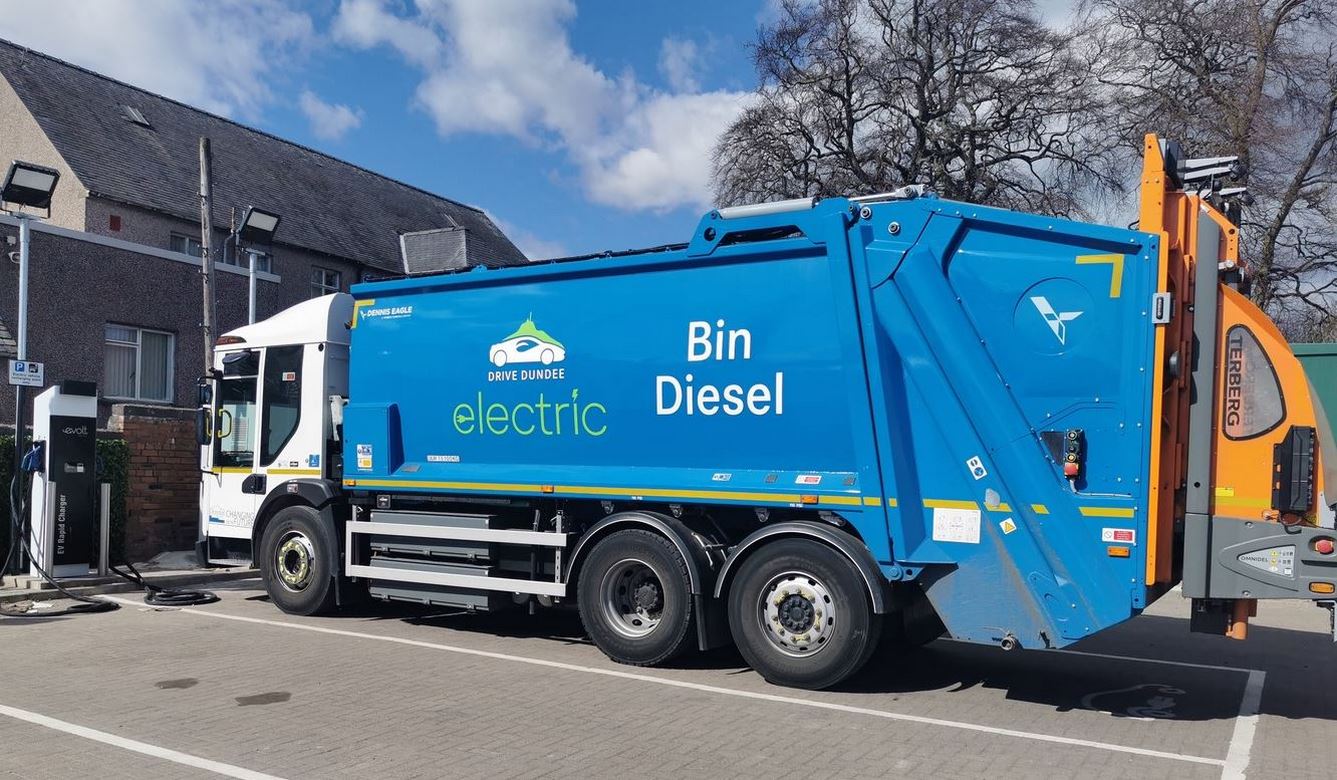