The first two zero-emissions eCollects ordered by City of York Council will cut their teeth on trade waste collections in the historic city. 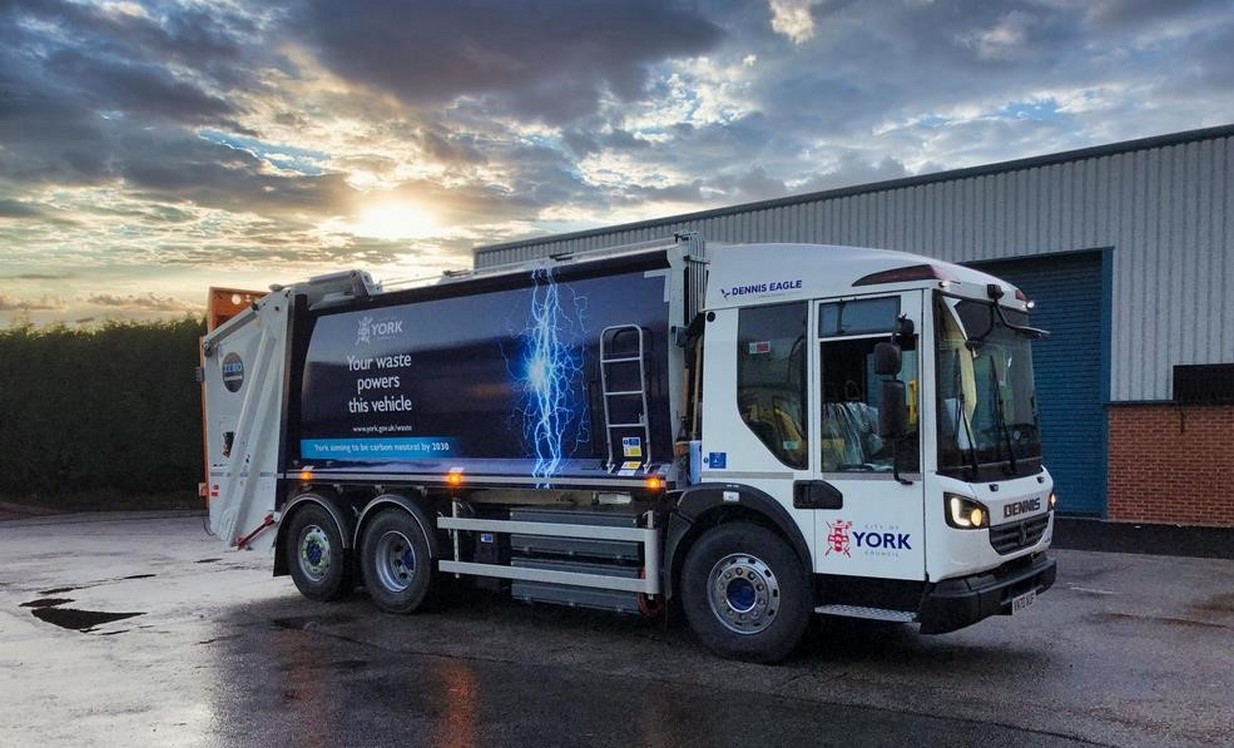 The eRCVs were delivered in January and given a striking livery as part of the city’s drive towards becoming carbon-neutral.

The biggest source of emissions in York is transport, so the council was keen to see the benefits of eRCVs.

Cllr Paula Widdowson, Executive Member for Environment and Climate Change at City of York Council said: “Here in York, we fully recognise the importance of meeting the climate emergency head on, and that is why we have placed our ambition to become carbon neutral by 2030 as one of our central objectives for the council.  To make progress on this ambition, we have helped fund a range of positive initiatives to reduce the city’s carbon emissions, and we’re delighted to introduce the new electric waste vehicles as part of this drive. We are also investing £5 million to deliver more electric charging points and Hyperhub stations and over £1 million to create the UK’s first and only voluntary Clean Air Zone.

“We have a proud history of doing this work in York, and as part of our efforts to build back better from the pandemic, it is incredibly important that City of York adopts the Net Zero pledge to further develop our work with UK100 to ensure that this agenda receives the attention it requires from those in Government.”

Head of Environmental Services Ben Grabham said: “The eCollects – or Thundertruck as it’s known here in York, will go into service this month and be working six-days a week on trade waste collections to start with.

“Many collections are in and around the centre of the city so they won’t be travelling far initially but they’ll be working long shifts from earlier in the morning to later in the evening.”

Being all-electric, the eCollect is much quieter in operation and can work in city centres that are normally full of people without causing disturbance.

And being fitted with the Terberg OmniDEL automatic split bin lift means they’re not only able to pick up bigger four-wheeled containers but also have the versatility to collect two-wheeled bins on domestic collection rounds.

“That’s certainly a possibility – we’re keen to see exactly what they can do,” added Ben.

“Our fleet is predominantly Dennis Eagle so our crews are already used to the vehicle and we had familiarisation training for relevant people including drivers, crews, supervisors and the workshop staff.

“The vehicles will be based in our Hazel Court Depot and electric charging points are just about to be installed. And once they are, we’re ready to go.”