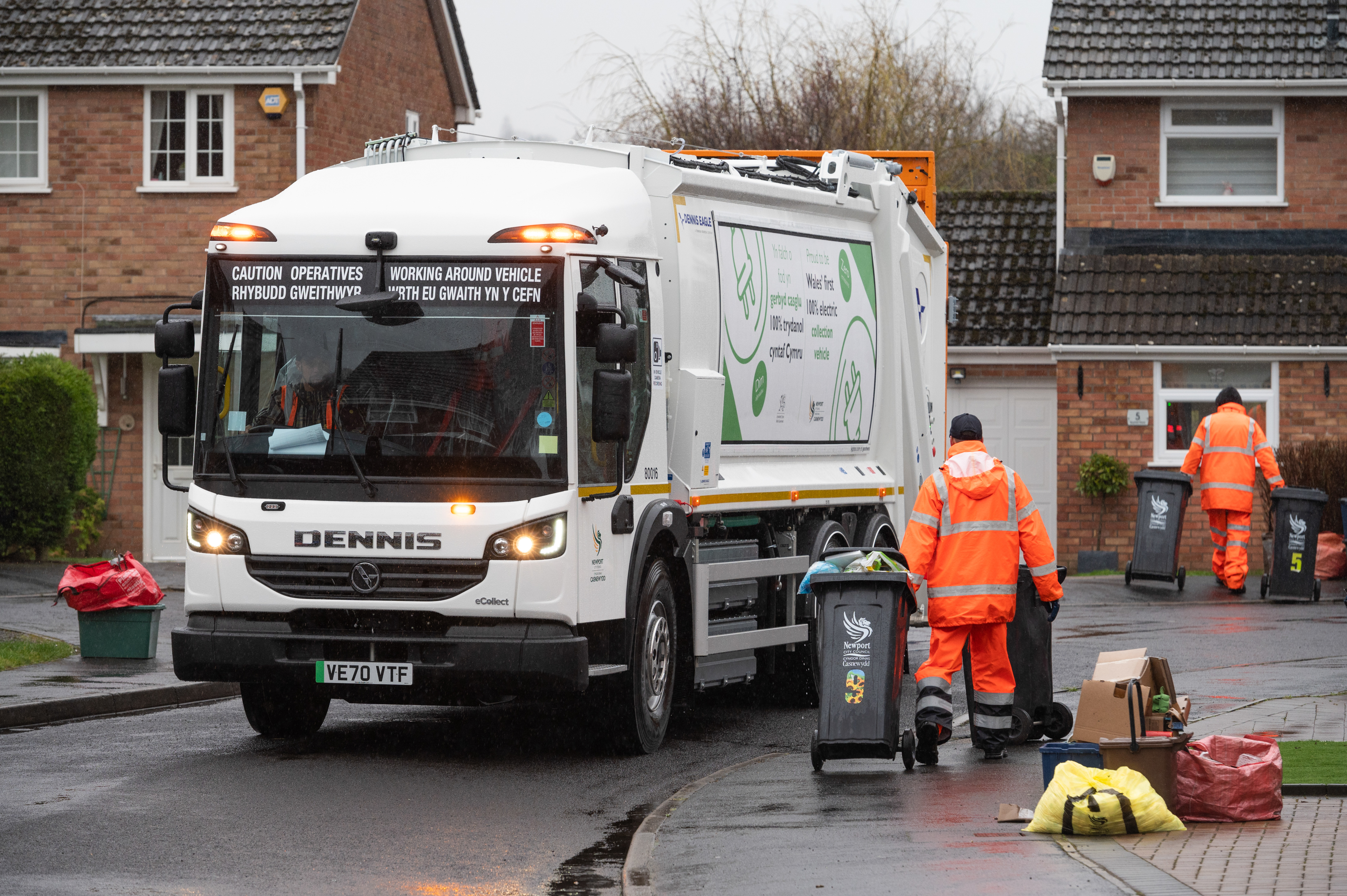 The first of the landmark vehicles ­– known as the eCollect and made by Dennis Eagle in the UK – was delivered to Newport City Council in February with two more heading to Cardiff and Powys councils in March. They are part of a Welsh Government initiative to accelerate the transition of Local Authority waste fleets from diesel to ultra-low emission vehicles with grant support.

Newport’s eCollect will be used for residual waste collection and will operate all over the city and surrounding area, including Caerleon which is one of the council’s priority areas for improving air quality.

The vehicle will also be serviced and maintained in Dennis Eagle’s Merthyr Service Centre by engineers fully trained in the safe and proper maintenance of electric vehicles.

Cardiff Council’s eCollect will be used in inner city areas for domestic waste collections as Cardiff Council adopts measures to reduce air pollution, including the electrification of the municipal fleet.

In contrast with the two cities, Powys County Council will use its vehicle for collections in both urban and rural locations across the county.

The three councils were among the first to order the new eRCV through the Welsh Government programme.

Lesley Griffiths, the Minister for the Environment, Energy and Rural Affairs, said: “I am very pleased that we have been able to provide support and funding to these three Local Authorities to purchase  new electric Dennis Eagle eCollect vehicles. “

“This programme is part of our action as a Government to tackle the climate emergency and will accelerate the transition from fossil fuel-powered to ultra-low emission vehicles (ULEVs).  As such, it is one of the steps we are taking to deliver on the commitment to being a net zero carbon public sector by 2030.”

Dennis Eagle’s Aftermarket Director Geoff Rigg, who is based at the Merthyr Tydfil Service Centre, said: “Wales has an outstanding record in recycling where it’s ranked the third best in the world so it is very encouraging to see the Welsh Government once again take the initiative and step in to help electrify waste and recycling fleets across the country.

“Refuse collection vehicles routinely visit almost every street so people in Wales will benefit from cleaner air wherever eCollects operate. And with more electricity now being generated from renewables than fossil fuels by the National Grid, these vehicles will help Wales reduce its carbon footprint and play its part our global battle against climate change.

“The councils in Newport, Cardiff and Powys are trail blazers. They will be among the first in the UK to operate all-electric refuse collection vehicles. We know they won’t be disappointed and as part of the Welsh Government funding conditions we’re delighted that each local authority will also be loaning the vehicles to show them off to other local authorities in Wales in the months ahead.”