eCollect in service ahead of Oxford Zero Emission Zone

Ambitious plans to launch a Zero Emission Zone (ZEZ) in Oxford took a giant step forward as the first eCollect went into service in the city this week. 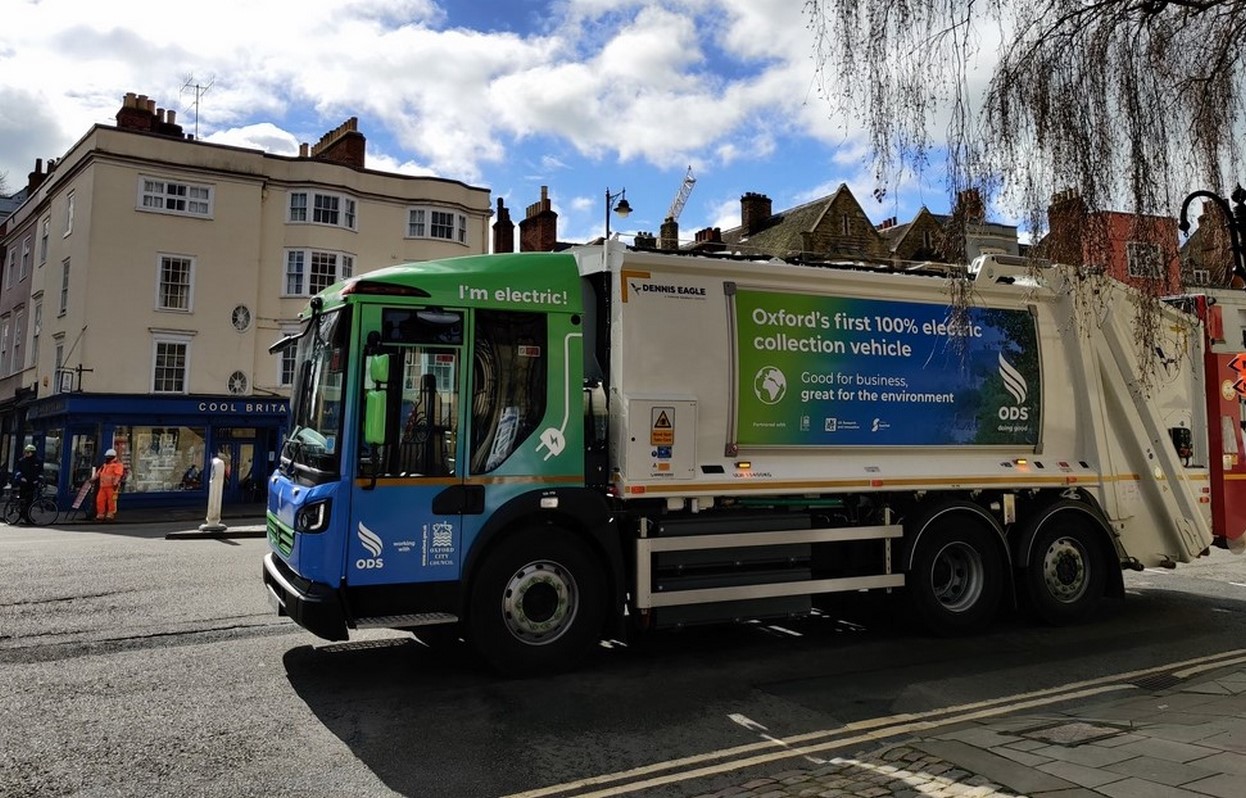 The operator, ODS, was among the first to put the vehicle through trials in July 2020. Then, the eCollect not only won approval from residents for being emissions-free but also for being much quieter.

Now the company, which uses 27 RCVs to collect from every home and business in Oxford, plans for 25% of its fleet to be electric by 2023.

ODS is wholly owned by Oxford City Council and plays a key role in its goal to reduce carbon emissions and improve air quality in the city.

In August 2021, the council will launch the Oxford Zero Emission Zone pilot scheme. This forms part of its fourth carbon management plan which aims to cut annual emissions by 10% each year until 2030.

ODS estimates that replacing a diesel RCV with a Dennis Eagle eCollect will cut carbon emissions by around 28 tonnes a year.

The new electric vehicle is part funded from Energy Superhub Oxford (ESO) - a £41m project designed to integrate and dramatically decarbonise energy, heat and transport systems across the city.

“Given that we collected more than three million bins in 2020 alone, the conversion from diesel-operated vehicles to electric is a huge step in reducing carbon emissions in the city of Oxford,” said ODS waste and recycling manager Maria Warner.

“Our trials of the new eRCV went exceedingly well and we are thrilled about putting the vehicle to use in order to help Oxford City Council meet its goal of achieving a zero carbon Oxford by 2040.

“We are so very thankful to everyone involved, including our front-line workers who have helped to make this day possible.”

Councillor Nigel Chapman, cabinet member for customer focused services, Oxford City Council, said: “I am delighted that Oxford has its first electric refuse collection vehicle. As we continue to work towards achieving a zero carbon council by 2030, it is important that we continue to explore how our own services can help us to achieve our goal. The electrification of our vehicles is key and purchasing larger vehicles, such as an electric refuse collection vehicle, will help us to achieve this.”

Tim Rose, Programme Manager for Energy Superhub Oxford at Pivot Power, added: “Energy Superhub Oxford is creating a roadmap for towns and cities across the UK to accelerate their net zero ambitions, and transport decarbonisation is a critical element of that. We’re thrilled to see Oxford’s first electric bin lorry hitting the streets. Not only will it bring immediate benefits to Oxford citizens, but it will also provide valuable insights to help cities across the UK electrify transport and improve air quality.” 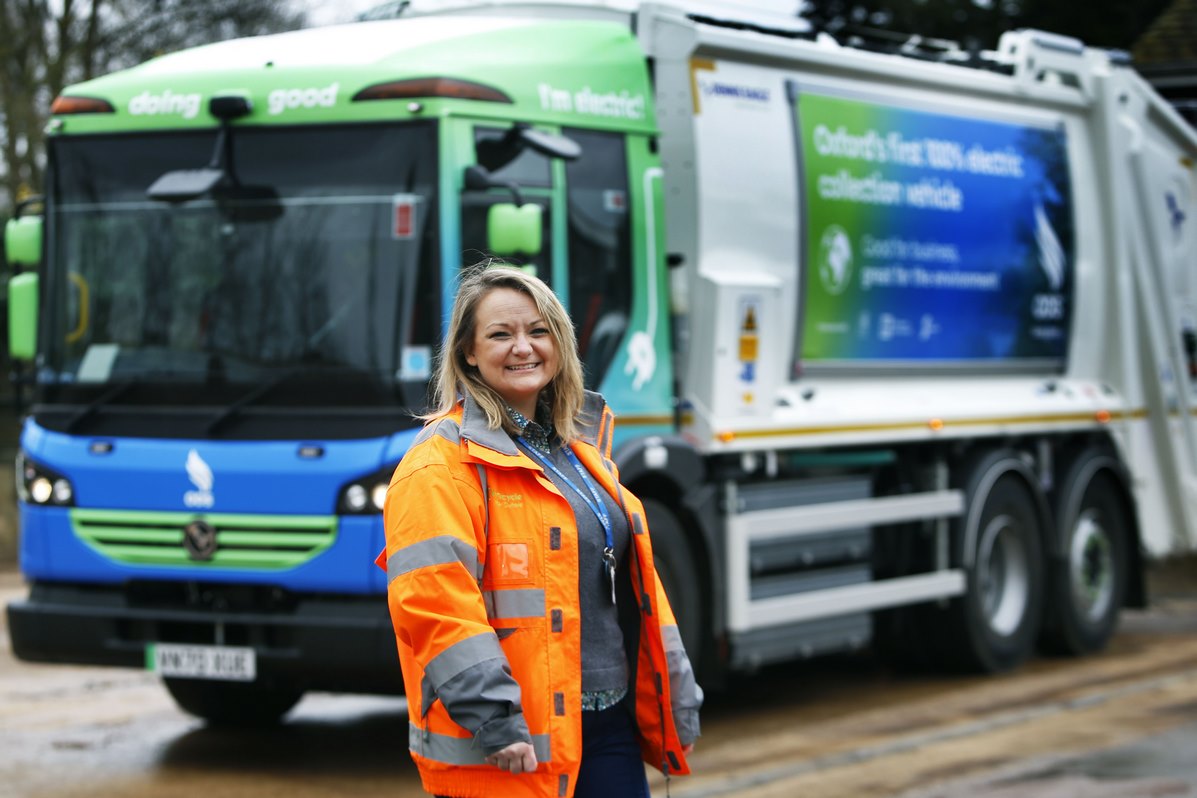