Three new eCollects, which will soon be powered by renewable energy, have started working in Exeter to help the city become carbon neutral by 2030.

The all-electric RCVs went into service on July 1 after being introduced by Exeter City Council’s fleet partner SFS as part of a seven-year fleet agreement.

The contract hire and leasing specialist is based in Northampton and is part of the Paragon Banking Group, whose Managing Director of Commercial Lending, Dave Newcombe, went to see the eCollects in place.

He said: “As a supporter of the government’s ambition to reduce greenhouse gas emissions by 2050, I’m delighted that Paragon and SFS are able to support Exeter City Council’s goals to decarbonise their refuse fleet.”
The decision to introduce the all-electric RCVs followed a successful trial of the eCollect in Exeter last year. 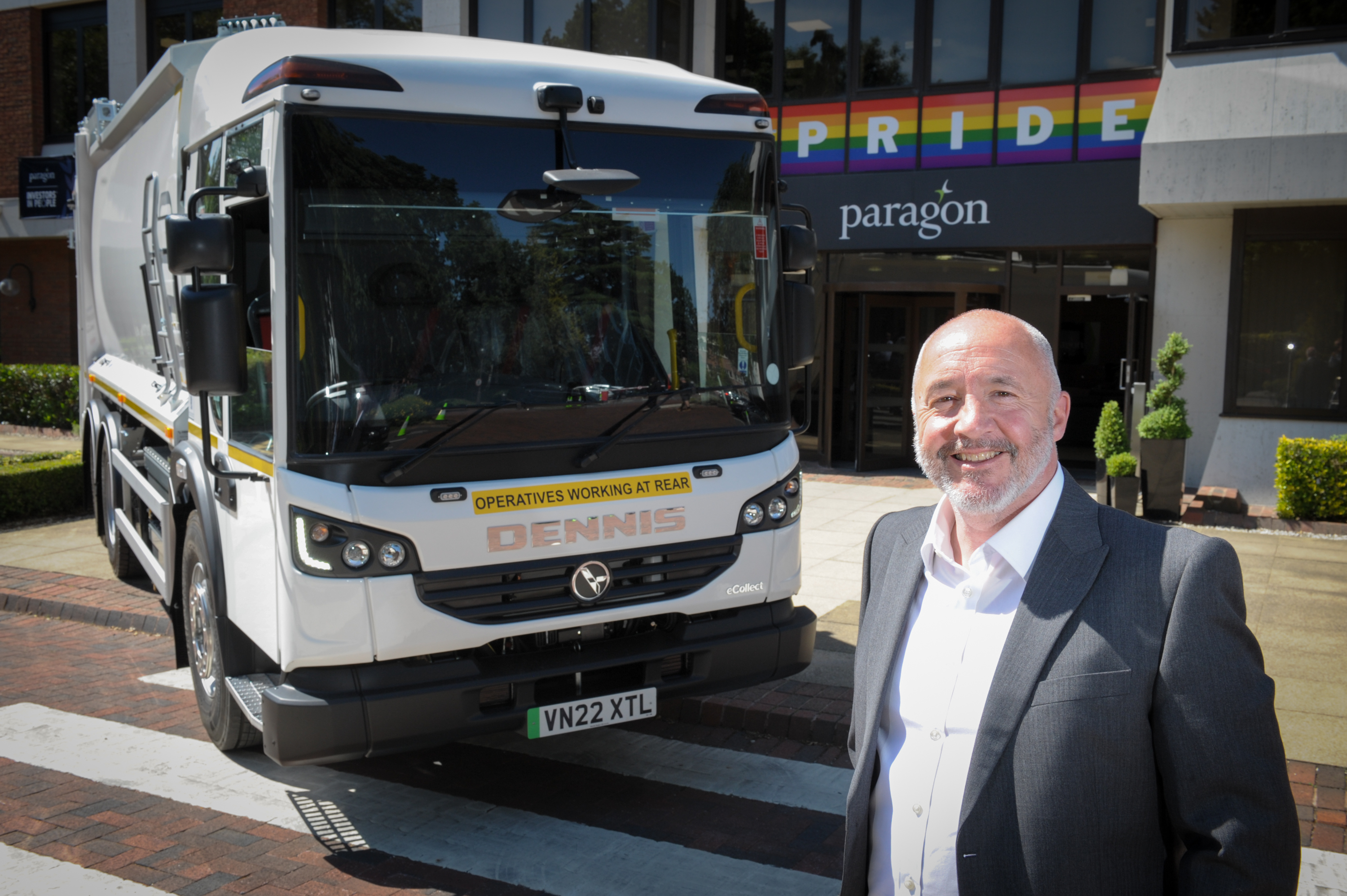 As well as producing zero carbon emissions, the 27-tonne vehicles help improve local air quality by producing no nitrogen oxide or particulate emissions. They are also quieter and less obtrusive than conventional RCVs and quicker to complete their rounds.

To further reduce the council’s impact on climate change, the new electric fleet will eventually be powered by the Water Lane Solar Park in Exeter, which is scheduled for completion this summer.

“We are confident that the benefits of the new fleet will be appreciated by both crews and residents and provides an excellent real-world example to other local authorities of what is now possible and how it can be achieved.”