It took NASA eight years to land a man on the Moon once JFK had given them the nod. It took Dennis Eagle slightly longer to develop the eCollect. But then again, we had more to do and – believe it or not – even further to go. This is how the project was born, developed and flourished. 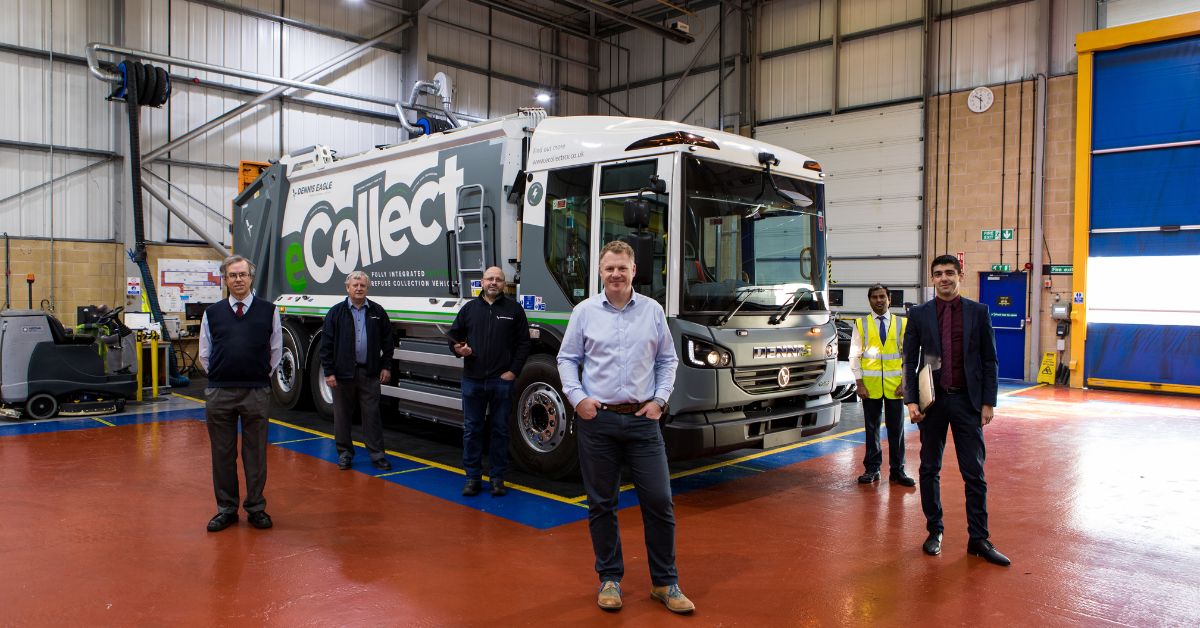 A long-term challenge – to reduce emissions from RCVs – was announced by Dennis Eagle in 2010. Air quality and climate change were in the news but the development of different technologies, at last, made tackling emissions a tangible possibility. And so it began: considering different options and building prototypes using alternative fuels and different vehicle designs.

“We joined a consortium to build hybrid vehicles and we tried other technologies too,” said Head of Engineering Jon Sayers.

“It quickly became apparent we needed to do something different, either by developing something mega-lightweight or purely electric.

And we did build a super lightweight truck. But it was so radical it would have been a real challenge selling it to our customers.”

However, two other things happened around this time. First, attitudes hardened and it became clear that people seeking an alternative to diesel trucks wanted a real alternative, not a hybrid which they saw as a compromise. Secondly, battery technology took great leaps forward.

“At the start of the project, we would have needed a 2.5 tonne battery to power an electric truck,” said Jon.

“Four years later, this was down to 1.5 tonnes. And when we took into account the weight savings made by removing an 800kg engine, a 400kg transmission and other diesel-related paraphernalia, a purely electric RCV was commercially and operationally viable.”

“We already had the best-selling chassis, bodies and bin-lifts, so the plan was to offer customers something as close to their existing vehicles as we possibly could,” explained Jon.

“And you have to look twice to see the difference.”

Putting the right team together with the right character and skills to produce an eRCV was the key to success.

“At the outset, we had very little experience of electric vehicles,” said Jon.

“Now we have considerable knowledge and expertise in every area associated with electric vehicle architecture and a considerable store of intellectual property too. Perhaps that’s been our biggest achievement.”

Within the engineering team were:

• Mechanical Design Engineers – The big challenge for them was the completely different weight distribution.

• Compliance Team – They had to redo all our performance testing … noise, braking etc … closely working with suppliers. Every component was recertified for an electric driveline.

• Two Electric Systems Teams – One specialised in all the high voltage aspects of the truck and the other developing the harnesses for the cab and chassis.

• The Software Team – Two years ago we had two people writing software as part of their roles. Now we have a full-time team of six.

• The Test Engineers – They built five test vehicles that underwent 180 tests, driving more than 450,000km in the process – that’s further than travelling to the Moon. 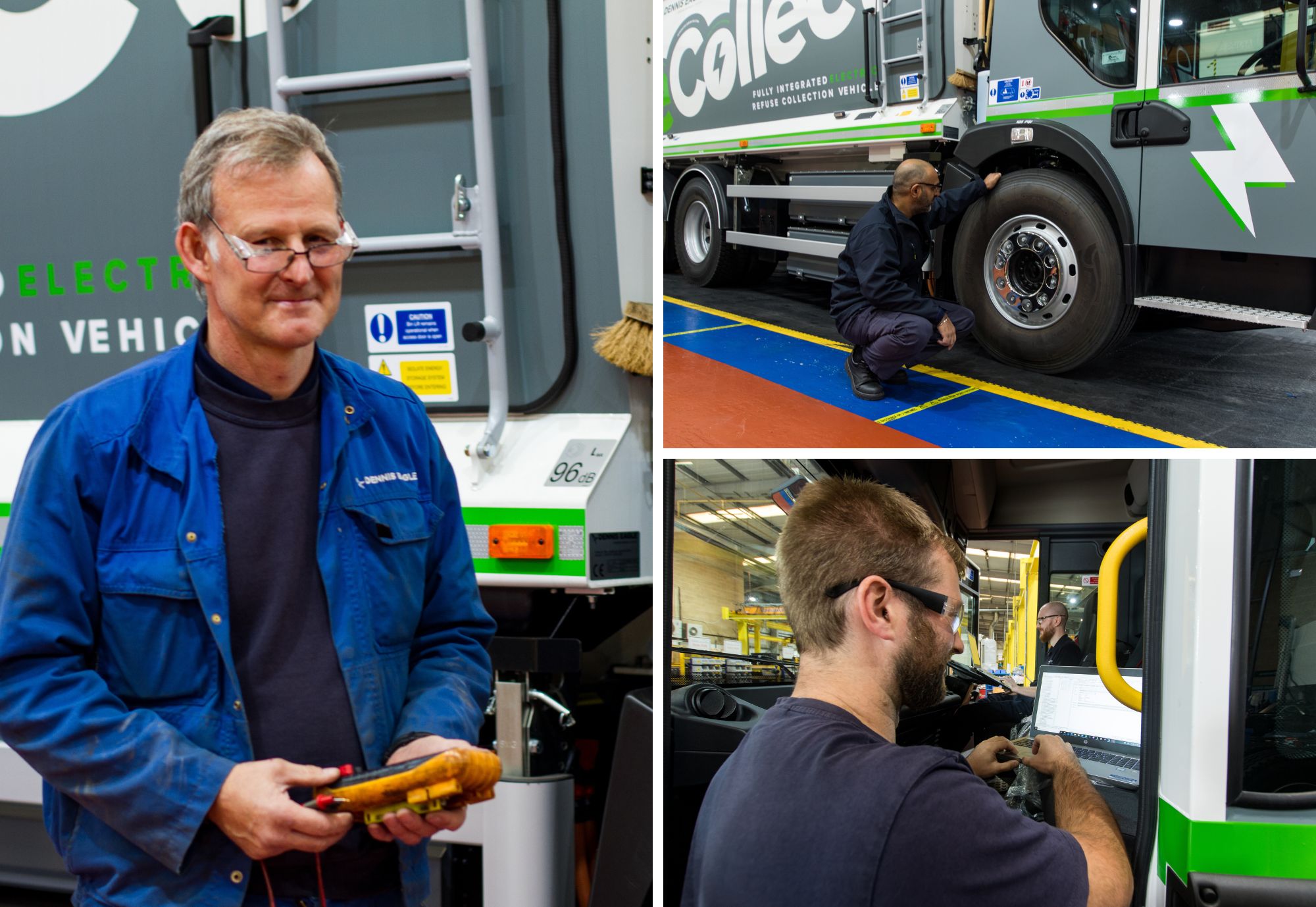 “Many other teams were involved too,” added Jon.

“Purchasing and Production Engineering were included in meetings from the start. For Aftermarket and Warranty, this was also a huge development. And now people from across the whole company are involved.”

At the larger end of the scale, the engineers took CAD models of our existing RCVs and deleted all the diesel-related components then worked out how best to package the electric parts.

However, so often the devil’s in the detail and this was no exception. They found some parts they needed simply didn’t exist at the start of the project.

For smaller, highly specialised OEMs, such challenges can present mountainous obstacles. But mountains are there to be climbed and our engineers achieved this.

The result is a landmark in electric vehicle history. After a relentless barrage of tests, the first eCollect built for a customer rolled out of the factory in the autumn of 2020.

“I believe the eCollect marks a tipping point between diesel and future technology and so, to finally see it in production is special,” said Jon.

“On a personal note, the satisfaction comes from being instrumental in creating a team that could achieve this."

"This is a relatively small group of really flexible and very high-performing engineers. People as skilled and versatile as this probably don’t exist with many of the larger automotive manufacturers. It’s been very rewarding for them and for me. But we must not lose sight of precisely what we have achieved. The first eCollect is just one model, in one configuration, in one of our markets.

What we have done is just open the door to electric RCVs. We understand that. And now the pressure is on to develop different vehicles.” 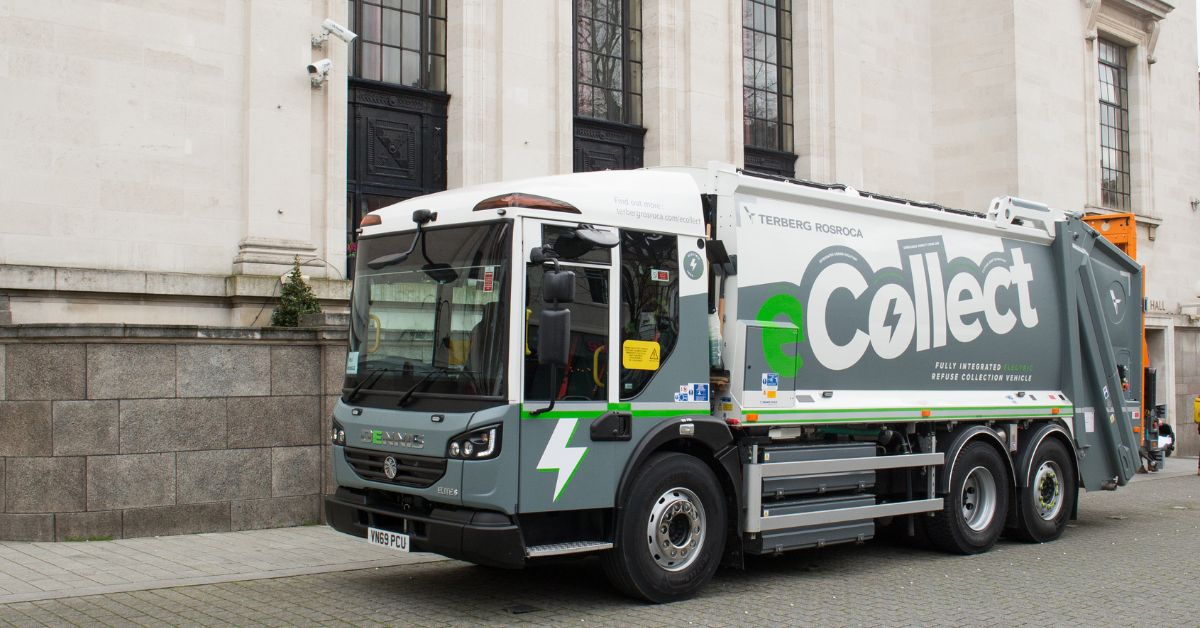 “All this reflects Dennis Eagle’s commitment to invest in technology, development and innovation,” concluded Jon. “I’m totally convinced it’s been worth it. Just look at the fruit of our labours.”

But success doesn’t end there …

Major development projects often lead to spin-offs along the way. NASA famously developed Teflon while putting a man on the Moon. And as Dennis Eagle strived to produce a zero-emissions RCV, we had other successes too.

“The super lightweight RCV may have been too different to offer our customers at the time but what we learned didn’t go to waste,” confirmed Jon Sayers.

“The hydraulics system is already in use in the eCollect and the vehicle itself is now the focus of another project within the Group.

“We also took a tonne out of the tailgate and are working out how best to use this.

“With electric vehicles, you get maximum torque when the vehicle is stationary and we wanted as much torque regeneration from the axles as possible. But in normal axles, this is restricted so we helped one of our contractors to develop an axle specifically for an electric vehicle. It worked and now they have set up a specialist e-axle business.

“And looking ahead, the low-entry cab we introduced so successfully to the UK many years ago has never been needed in Europe where crews still ride on the back of vehicles. But now, as part of the eCollect, it becomes much more of a proposition. I’m interested to see what happens.”